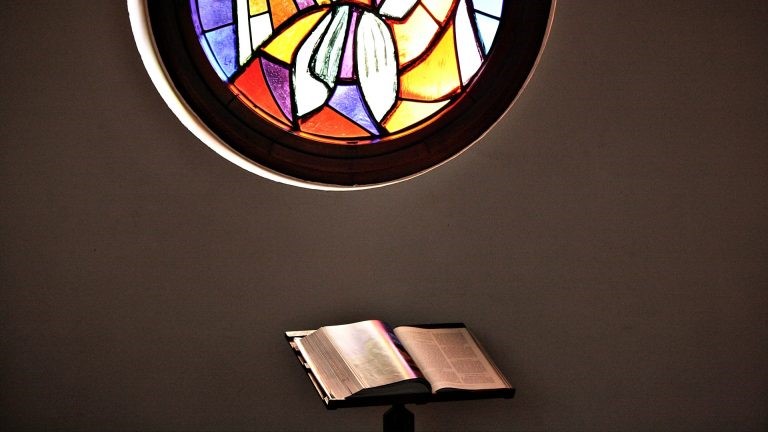 The starting point of the Religious of Our Lady of Sion must comprehend our reality as religious community that takes place within the Church and in Her must find its definition. Furthermore, our being Sion articulates itself from its particularity, unicity, originality, and responsibility as within Church and for the Church. Our fundamental element is that we are a part of the Church, a complement in Her side and for this reason, our activities and way of being are an expression of Church’s being.

The sioniense vocation gets its support from the affirmation of the Church when she defines herself in an “intrinsic” relation with the Jewish People. If other vocations in the Church get their definitions in practical activities, we, Sion, define ourselves from the “raison d’être” of the Church, giving testimony of an important portion of Her identity.

Second Vatican Council’s teaching and its continuation states that the Church is Jewish in Her foundation: the context of her birth is entirely Judaic and the elements that constitute Her are Jewish. The Pontifical Biblical Comission Document, 2001 n. 2, clearly affirms: “It is above all by virtue of its historical origin that the Christian community discovers its links with the Jewish people. Indeed, the person in whom it puts its faith, Jesus of Nazareth, is himself a son of this people. A perennial manifestation of this link to their beginnings is the acceptance by Christians of the Sacred Scriptures of the Jewish people as the Word of God”.

So, therefore, at the time of the Apostles, even, witnessing the originality of their faith in Jesus as the Messiah, the Christian community expressed it in a Judaic manner seeking to self-affirm and distinguish from the other Jewish groups, they did it as a Jewish entity. Certainly, within this normal diversity in Judaism, the group that followed Jesus self- affirmed themselves in a special way believing in Jesus as Son of God who becomes God. However, at this point, even such an affirmation only could be possible within the Judaic context and the world. Only the Jews expected the Messiah and the expression of faith in the Messiah is an affirmation genuinely Jewish.

We know that various historic factors were the basis for the distance that the Church took in relation to Her roots (and today we know that there was a big reciprocal collaboration from both sides) and yet this reality of distance from the Judaism made the Church to go back and return to Her roots. Today, on this account, She is living in times of re- discovering of Her origins the documents teach us after 50 years of the Second Vatican Council. We must be aware that the teaching from the Second Vatican Council are normative for all the Catholics. On his speech to the American Jewish Committee, on 15th February 1985, Pope John Paul II stated: “I want to affirm, with absolutely conviction, that the teaching of Vatican Council II on its Nostra Aetate Declaration…, remain always for us, for the Catholic Church, for the Episcopate … and for the Pope a teaching that must be followed. A teaching that is needed to be accepted, not only as something convenient but as a faith experience, an inspiration from the Holy Spirit, a Word of divine Wisdom.” Some examples of Church’s teaching principles result from Nostra Aetate confirm its implications to our identity and mission specificity as Sion: We have in common patrimony with the Jewish People; the Jewish Wisdom has been up to today an important help for our comprehension of the Christian faith, We Christians have an intrinsic relation with the Jewish People; A complete rupture between Church and Synagogue is in contradiction with the Sacred Scriptures.